Work-related musculoskeletal disorder (WMSD) and injuries are the largest categories of work-related risk factors in many industries and are associated with very large loss of productivity as regarding the aspect of economic sustainability. Presently various ergonomic assessment methods are implemented to prevent such risks and to provide a better working condition for the workers. Some of these measures include replacing humans with fully autonomous robots that typically account for the worker’s safety by through physical isolation or collision avoidance. However the recent trends in industry focus on introducing a new technological concept, where robots are expected to adaptively collaborate with the worker and physically interact with them. In such highly flexible and changing scenarios, it is difficult to pre-plan for ergonomic conditions of the worker. Therefore it is crucial that the the collaborative robot is aware of the co-worker’s states in order to be able to reconfigure the working conditions in a way the human ergonomics will be accounted for.

The above-mentioned problem presents a novel challenging research topic for the community. We held a workshop at ICRA 2018 to introduce the concept and discuss the state of the art that could help forming the foundations for the new field. The conclusion of the workshop was that this is a relevant problem and research should be done to develop novel methods that can solve it.

The proposed workshop will first follow up by reviewing the progress of the research that was initiated in the previous workshop. Then, we will focus on how to incorporate known ergonomic factors into the concept of human-robot collaboration. In addition, we will also put attention on discussing potential novel ergonomic factors that can be used within this framework. We will examine novel control strategies and interfaces for adaptive behaviour of collaborative robots that can facilitate the desired ergonomic conditions. Finally, we will discuss and design appropriate validation methods that can be used for objective benchmarking within the field.

In summary, the workshop goal is to bring together researchers, industry engineers, human factors researchers and medical doctors of different backgrounds and provide an opportunity to discuss and solve challenges related to developing the concept of ergonomic human-robot collaboration.

We will welcome prospective participants to submit extended abstracts (up to 4 pages) to be presented as posters. The manuscripts should use the IEEE IROS two-column format. A PDF copy of manuscript should be submitted through our EasyChair platform. Each paper will receive a minimum of two reviews. The papers will be selected based on their originality, relevance to the workshop topics, contributions, technical clarity, and presentation. Accepted papers require that at least one of the authors register to the workshop.

All accepted paper has to prepare the interactive poster session, it has two components: a 3-minute spotlight pitch and a 30-minute interactive presentation.

- Spotlight presentation:
Each poster would get a teaser talk in the spotlight session in order to motivate the interaction with the participants. In the spotlight session, each author would be allowed to speak for up to 3-min., accompanied by either the powerpoint slide or a video by using their own laptop.
Presentation is required to approach the podium before the start of the session and will present following the order set in the program (will announce).

- Poster session:
The poster format is A0 portrait (equivalent to 841mm wide x 1189mm). Adhesive material and/or pins will be provided for mounting the posters to the boards. Please ensure that your poster is up before the start of the poster presentation session 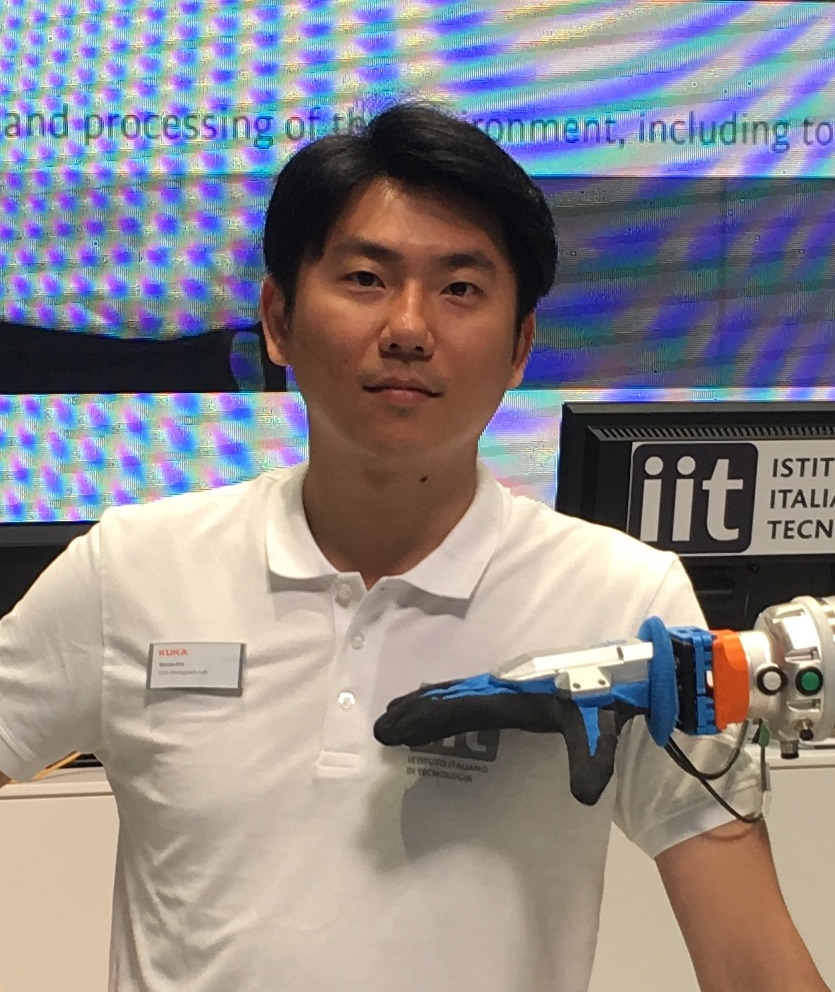 Wansoo Kim is a Post-Doc. at Human-Robot Interfaces and Physical Interaction Lab., Italian Institute of Technology, Italy from 2016. He received a Ph.D. degree in mechanical engineering from Hanyang University, Korea in 2015 (Intergrated MS/PhD program). He has developed several exoskeleton systems such as HEXAR-Hanyang Exoskeleton Assistive Robot, and conducted research on the control of the powered exoskeleton robot through the physical human-robot interaction (pHRI) forces. His PhD thesis is entitled “Human Synchronized Gait Control of the HEXAR-CR50 to Augment Lower Body Strength Based on the Human-Robot Interaction Force”. His research interests are in physical human-robot interaction(pHRI), human-robot collaboration, and powered exoskeleton robot. 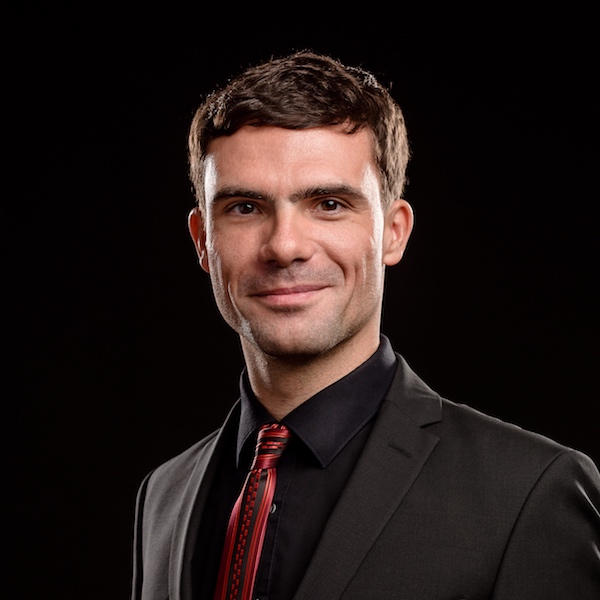 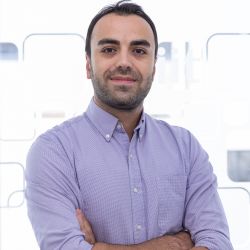 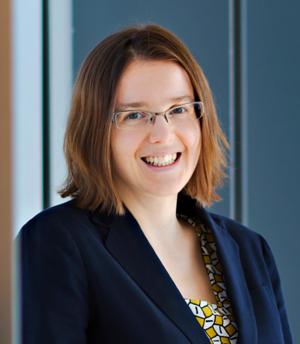 Dana Kulić received the combined B.A.Sc. and M.Eng. degrees in electromechanical engineering and the Ph.D. degree in mechanical engineering from the University of British Columbia, Vancouver, Canada, in 1998 and 2005, respectively. From 1997 to 2002, she worked as a systems engineer designing fuel cell systems with Ballard Power Systems, and developing operational control software for the CanadaArm II at MacDonald Dettwiler. From 2002 to 2006, Dr. Kulić worked with Dr. Elizabeth Croft as a Ph. D. student and a post–doctoral researcher at the CARIS Lab at the University of British Columbia. The aim of this work was to develop a human–robot interaction strategy to ensure the safety of the human participant. The approach was based on quantifying the level of danger present in the interaction, and then acting to minimize that danger, both during path planning and real–time control. A second component of the work examined the feasibility of using human monitoring information (such as gaze direction, head rotation and physiological monitoring) to improve the safety of the human robot interaction. From 2006 to 2009, Dr. Kulić was a JSPS Post–doctoral Fellow and a Project Assistant Professor at the Nakamura-Yamane Laboratory at the University of Tokyo, Japan. The aim of her research was to develop algorithms for incremental learning of human motion patterns for humanoid robots. This work focused on incremental algorithms for automatically segmenting, clustering and organizing motion pattern primitives observed from human demonstration. The autonomously extracted knowledge about human movement could then be used both for human behavior analysis and prediction, as well as for motion generation for humanoid robots. Dr. Kulić is currently an Assistant Professor at the Electrical and Computer Engineering Department at the University of Waterloo. Her research interests include robot learning, humanoid robots, human–robot interaction and mechatronics. 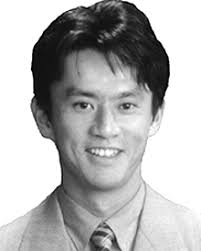 Eiichi Yoshida received M.E and Ph.D degrees on Precision Machinery Engineering from Graduate School of Engineering, the University of Tokyo in 1993 and 1996 respectively. In 1996 he joined former Mechanical Engineering Laboratory, later reorganized as National Institute of Advanced Industrial Science and Technology (AIST), Tsukuba, Japan. He served as Co-Director of AIST/IS-CNRS/ST2I Joint French-Japanese Robotics Laboratory (JRL) at LAAS-CNRS, Toulouse, France, from 2004 to 2008. Since 2009, he is Co-Director of CNRS-AIST JRL (Joint Robotics Laboratory), UMI3218/RL, and since 2015 he serves as Deputy-Director of Intelligent Systems Research Institute (IS-AIST), AIST, Tsukuba, Japan. His research interests include robot task and motion planning, human modeling, and humanoid robots.

Thank you to all the Attendees, Contributors and Speakers! 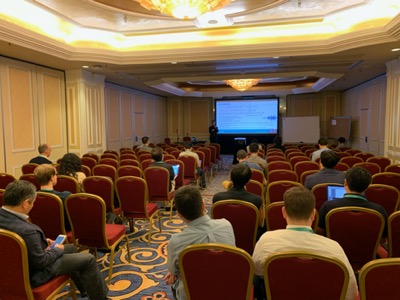 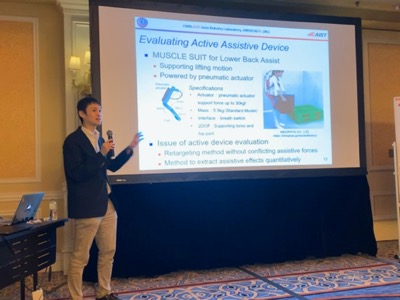 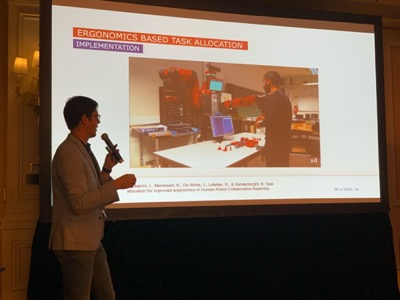 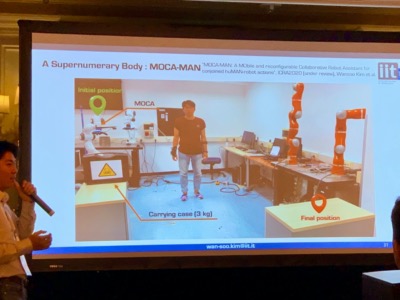 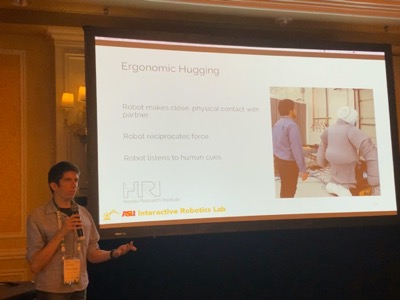 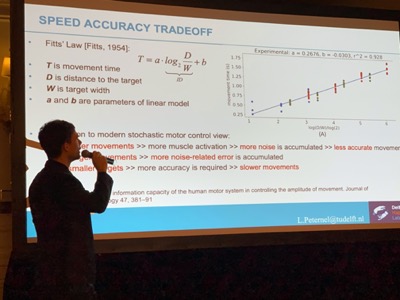 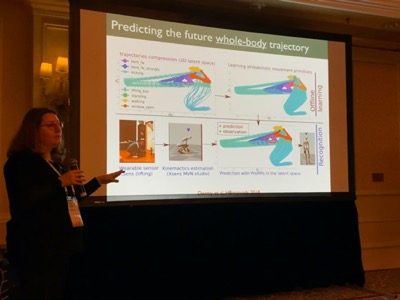 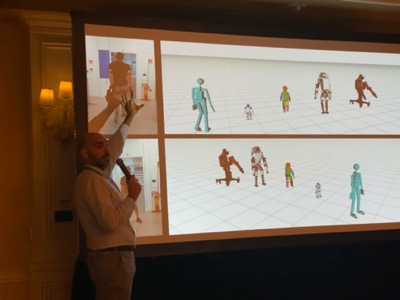 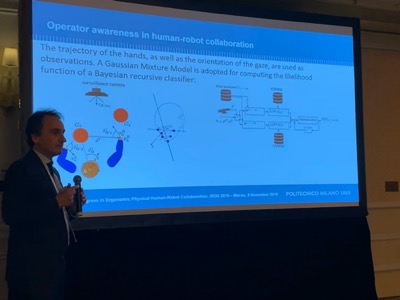