The need to manipulate objects and tools in unstructured or hostile environments has led to the development of several Leader-Follower teleoperation interfaces: from the most basic, unilateral position-based, to bilateral force-reflecting systems. Notwithstanding the widespread use of such frameworks, they are known to lack substantial requirements to render an appropriate interaction performance (e.g. soft interactions in unilateral and stability in the latter). Therefore, the main objective of this theme is to address such limitations by the development of novel and intuitive interfaces for the execution of dynamic remote manipulation tasks. Our first objective is to extend the recent developments at HRI2 laboratory on the teleimpedance control of compliant robotic arms to a large number of degrees of freedom, e.g. humanoid robots.

Research activities in this field will additionally investigate the feasibility of merging our novel techniques in Body-Machine Interfaces (e.g. teleimpedance) and Brain-Machine Interfaces with force or wearable haptic feedback for improved stability and transparency.

On the robot side, we aim at integrating the underlying human motor control principles into the target robots’ control architectures to potentially improve interaction performance and redundancy resolution, while decreasing the robot control burden. The main research activities carried out in this direction, can be described as follows.

Tele-impedance control is a method for remotely controlling robotic platforms in interaction with uncertain environments. As an alternative to bilateral force-reflecting teleoperation control, in tele-impedance a compound reference command is sent to the follower robot including both the desired motion trajectory and impedance profile, which are then realized by the remote controller without explicit feedback to the operator. In Tele-impedance, the reference commands are extracted from a body-machine interface (BMI) applied to the leader operator's limb (arms, legs, etc.), using only non-intrusive position and electromyography (EMG) measurements, and excluding any feedback from the remote site except for looking at the task. Example applications are Tele-impedance control of robotic arm, an anthropomorphic, and synergy-driven robotic hand, among many. 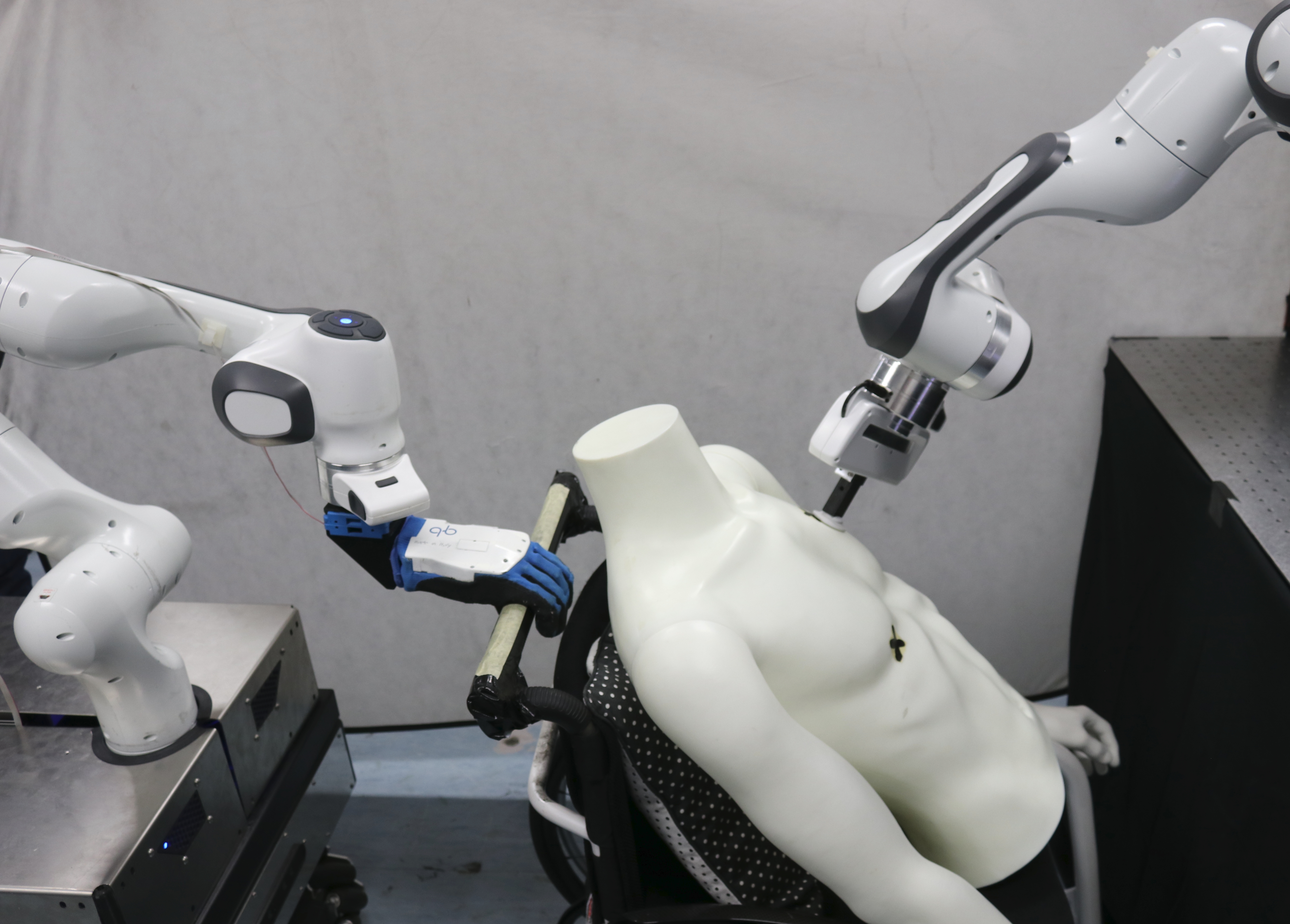 The scalability of the initially proposed Tele-Impedance framework to the mobile manipulators and heterogeneous multi-robot systems is another research direction which aims at developing intuitive and ergonomic tele-impedance interfaces. In particular, the possibility to have multiple follower robots, controlled individually or in collaboration/cooperation mode, is a crucial requirement in medical and industrial contexts, which contributes to reducing equipment idle time and the associated costs. For instance, an intuitive and low-cost interface based on a 3D mouse device and visual feedback is developed in our lab (see [2] below), by which the operator can define the desired task-level trajectories and impedance profiles of the remote robotic agents. 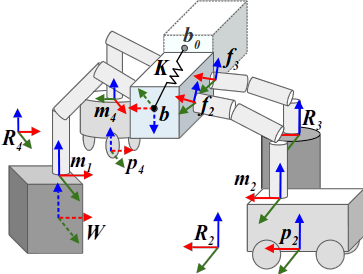 Full teleoperation of multi-degrees-of-freedom follower systems that are embedded with dexterous loco-manipulation potential, such as mobile manipulators or humanoids, not only demands high cognitive and physical efforts but also generates less optimal trajectories compared to autonomous controllers. However, having full autonomy in unpredictable and dynamically changing environments is still far from becoming a reality. In this research line, shared-authority control (shared-autonomy) frameworks are designed to overcome these issues by estimating the user’s desired loco-manipulation goals to generate autonomous trajectories while keeping a human-in-control approach (e.g., the user’s navigational intention is estimated by merging the information coming from eye-tracker and control-pad devices in [2]). Apart from the human intention estimation which is the core element of the shared-autonomy frameworks, level of autonomy, intuitiveness of the teleoperation user-interface, user’s ergonomics and performance, and scalability are the other main topics which are studied in this category.